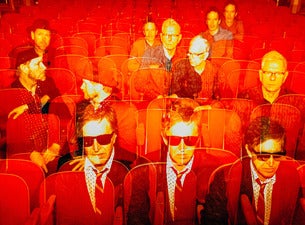 The Dream Syndicate, the group led by Steve Wynn, rose from the ashes of the Suspects in 1981. In 1982, the debut album “The Dream Syndicate” marked the beginning of a new alternative rock era, the Paisley Underground.

In 1984, The Dream Syndicate released “Medicine Show”, which was followed by their third album “Out of the Grey” in 1986. Two years later, shortly before their breakup, the alternative rock band released the album “Ghost Stories.”

Two years after “How Did I Find Myself Here?”, The Dream Syndicate returned in 2019 with their latest album, “These Times.” While “How Did I Find Myself Here?” was a nighttime album, “These Times” is a melancholic and varying album set in the early morning hours. On this record, The Dream Syndicate can be compared to the DJs of a night show, while their listeners dream and wonder after waking up if such dreams are real.
The first single from “These Times” is “Put Some Miles On.”