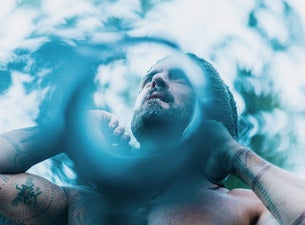 Xavier Rudd, the folk songwriter and multi-instrumentalist from Australia, will arrive in Italy for two unmissable shows of their We Deserve to Dream Tour:


Xavier Rudd was born and raised in Torquay, in the south-est of Australia, where he approached music at young age when he took saxophone, clarinet and guitar classes from his older brother. The artist’s song are inspired by the music of his great friend Ben Harper, Leo Kottke, David Lindley and Natalie Merchant.

In 2002 Xavier debuted with Solace, his first solo album, with which the artist achieved fame thanks to songs like Shelter, Let Me Be, Green Spandex and the cover of the reggae song made famous by Bob Marley No Woman, No Cry.

Among the most famous songs of Xavier Rudd, we can recall Come Let Go featured in the album White Moth of 2004, Messages included in Food in the Belly of 2005, Storm Boy taken off the homonymous album of 2018 and the iconic Follow The Sun, with more than 165 million streams on Spotify, included in Spirit Bird of 2012.

In 2022 Xavier Rudd will be back with We Deserve to Dream, the anticipated tenth album of the artist, preceded by the homonymous song and by Stoney Creek with more than one million streams on Spotify.

You can’t miss the chance to listening to the music of Xavier Rudd, buy immediately the official tickets!