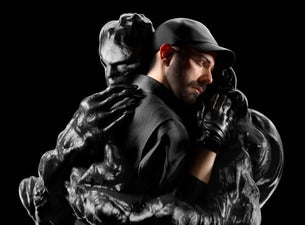 Due to the current global situation caused by Covid-19, the Woodkid concert originally scheduled on November 25 2020 at Alcatraz in Milan and then moved to June 24 2021 at Circolo Magnolia in Milan has been rescheduled for April 21 2022 at Alcatraz in Milan. If you already bought tickets, these will be valid for the new date.

Due to the current global situation caused by Covid-19, the Woodkid concert scheduled on June 25 2021 at Rumors Festival at Teatro Romano in Verona has been cancelled. For further information, please READ HERE

In compliance with the medical emergency set to prevent COVID-19 from spreading, the Woodkid concerts scheduled on June, 28 2020 at Auditorium Parco della Musica in Rome and on June, 29 2020 at Rumors Festival at Teatro Romano in Verona have been cancelled. For further information, please READ HERE


The French artist Woodkid is playing on April 21 2022 at Alcatraz in Mialn for one live event.

After graduating with First Honors at Emile Cohl School, Yoan Lemoine, aka Woodkid, worked with Luc Besson on the animated movie Arthur and the Invisibles and with Sofia Coppola on Marie Antoinette. Lemoine also directed the music videos of Take Care by Drake, Fireworks by Katy Perry, Back To December by Taylor Swift, Born To Die and Blue Jeans by Lana Del Rey and Sign Of The Times by Harry Styles.

On March 28 2011, Yoan Lemoine kicked off the alternative music project Woodkid by releasing the EP Iron. The lead single Iron (over 78 million views on YouTube), whose music video was directed by Lemoine himself and the model Agyness Deyn, was featured on the soundtrack of Assassin's Creed: Revelations, the movie Hitchcock and the TV series Teen Wolf. In addition, the single Iron was sampled by Kendrick Lamar on the track The Spiteful Chant featuring ScHoolboy Q in 2011.

In 2012, Woodkid put out the EP Run Boy Run. The music video of the title track was nominated Best Short Form Music Video at the Grammy Awards 2013.

Woodkid’s debut album The Golden Age, which was released in March 2013, was preceded by the single I Love You. Thanks to The Golden Age, Woodkid won Best New Artist Live Performance at Victoires De La Musique Awards 2014 and got nominated for Best Music Video at the Grammy Awards 2015.

Woodkid’s new album S16, which came out on October 16 2020, has been preceded by the singles Goliath and Pale Yellow.