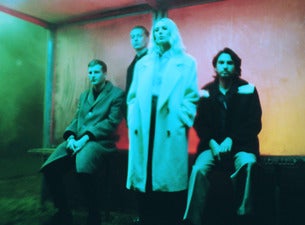 Wolf Alice's debut single was Fluffy in 2013, while the EP Blush was released in October of the same year. The second EP Creature Songs was released the following year.

In February 2015, the group released the single Giant Peach, taken from their debut album My Love Is Cool. The album reached the second position on the Official Albums Chart and the group was nominated for the 2015 Mercury Award.

The band's second studio album is Visions of a Life, which won the 2018 Mercury Prize, a prestigious award given to the best British album of the previous year.