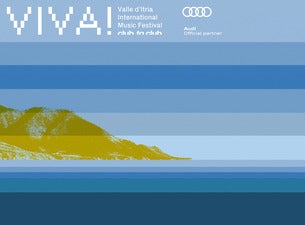 The vanguard and pop festival Viva Festival came back on August 1-4 2019 in one of the most charming areas of southern Italy, the Itria Valley.

Viva Festival took place from 1 to 4 August in some of the most evocative locations at the heart of Valle d'Itria. The evening shows took place in the Grofoleo and Aprile farms of Locorotondo with an unprecedented festival ending at sunrise on the promenade.

Here is the Viva Festival 2019 lineup:

Jon Hopkins, London composer and master of electronic sound, has collaborated with Brian Eno, Coldplay, Herbie Hancock and Massive Attack. Jon Hopkins has stood out for his personal style that has evolved over time. “Singularity”, released on May, 4 2018, combines techno, psychedelia and reflective moments.

Gilles Peterson, DJ, producer, record producer, collector, is a unique personality on the world scene. Peterson is a music enthusiast, as listeners of BBC 6 Music and Worldwide FM are well aware of. In his dj set, Peterson was joined by MC General Rubbish, known as Earl Zinger.

The Grammy-winning neo-soul queen Erykah Badu took the lead with her moniker DJ Lo Down Loretta Brown. Erykah Badu entered the R&B scene in 1997 with the legendary album “Baduizm”, which has been followed by other works of great depth, the most recent of which is “But You Caint Use My Phone”.