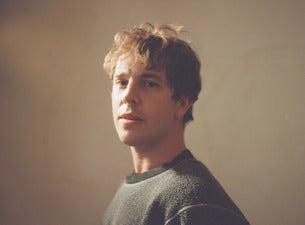 Tom Odell, the British songwriter of Another Love, will arrive in Italy for an unmissable show on October 6 2022 at Alcatraz in Milan.

Tom was born in Chichester, West Sussex, but due to the father’s job as pilot the artist grew up in New Zealand. Odell approached music at a young age by playing piano and writing songs. At the age of 18 Tom Odell left university and moved back to England where he began his career with the band Tom and The Tides in London.

In 2012 Tom debuted with his solo EP Songs From Another Love, including the famous song Another Love with which the artist has achieved fame. Another Love ranked in the Top 10 in Austria, Belgium, Holland and UK. In 2012 the songwriter released the album Long Way Down which reached the top of the UK Official Chart.

Among the most famous songs of Tom Odell we can recall Heal from his debut album, Magnetised and Here I Am included in Wrong Crowd of 2016, You’re Gonna Break My Heart Tonight and Half As Good As You featuring Alice Merton taken off Jubilee Road of 2018.

The latest work of Tom Odell is the album Monsters put out in 2012 and preceded by the songs Numb and Monster.

You can’t miss the only Italian show of Tom Odell, buy immediately the official tickets!