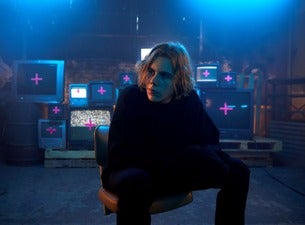 The concert of The Kid Laroi previously scheduled for April 8 2022 at Fabrique in Milan and then moved to July 12 2022 at Ippodromo SNAI San Siro in Milan has been shifted to Alcatraz in Milan. Date and time remain unchanged. For further information, please READ HERE


The Kid LAROI, the rapper of the moment with the hit Stay, will arrive in Italy for an unmissable show on July 12 2022 at Alcatraz in Milan!

Howard is part of the Kamilaroi Aboriginal population, hence his pseudonym. Actually, his music career began in 2015 under the stage name Charlton, but when he met producer DJ Ladykiller he formed the duo called Dream Team and chose the current alias.

Dream Team came to an end, but The Kid LAROI got noticed by the world-renowned rapper Juice Wrld, who got him on his tours in Australia between 2018 and 2019.

The Kid LAROI achieved fame in 2019 with the release of Let Her Go and Diva, in collaboration with rapper Lil Tecca. The following year he released the single Addison Rae and collaborated on Lil Tjay's single Fade Away.

After the death of his mentor Juice Wrld, the rapper released the single Go, later included on his debut album F*ck Love, and the song dedicated to him Tell Me Why.

In late 2020, The Kid LAROI released a deluxe version of the debut mixtape, titled F*ck Love (Savage), in which artists such as Internet Money, Marshmello, YoungBoy Never Broke Again and Machine Gun Kelly are featured.

The latest single from The Kid LAROI is the hit Stay, in collaboration with Justin Bieber, the first track from the mixtape F*ck Love 3: Over You.

You can’t miss the first Italian show of The Kid LAROI, buy immediately the official tickets!