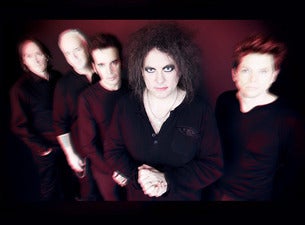 The Cure are back to Italy with their European tour 2022 for four unmissable shows:


The Cure is one of the iconic British rock bands: over 1,500 concerts worldwide, 13 studio albums, several concert films, live-albums, over 40 singles, two box sets and some compilations.

Founded in 1976 in Crawley in Sussex (England), The Cure has changed 13 members and is currently made of Robert Smith (vocals and guitar), Simon Gallup (bass), Jason Cooper (drums), Roger O'Donnell (keyboards) and Reeves Gabrels (guitars). The Cure performed for the first time in 1978, while their debut album Three Imaginary Boys was released the following year, in 1979.

One of their most successful albums is the collection “Greatest Hits”. Among the The Cure singles, there are great classics of rock music history such as the hits Boys Don't Cry, A Forest, The Lovecats, Inbetween Days, Close To Me, Just like Heaven, Lullaby, Lovesong, High, Friday I'm in Love, Wrong Number and The End of the World.

In July 2018, The Cure performed a great concert in front of 65,000 people to celebrate their forty-year career at Hyde Park in London. The concert was described by critics as one of their best shows. The concert film Anniversary 1978-2018 Live in Hyde Park London hit movie theaters on July, 11 2019.

On March 29, 2019, The Cure was inducted into the famous Rock and Roll Hall of Fame by Trent Reznor, the Nine Inch Nails frontman.

The special guest of The Cure’s Italian shows will be The Twilight Sad.

I Don’t Care if Monday It’s Blue, The Cure will be back in Italy!