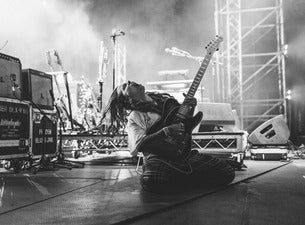 Due to the current global situation caused by Covid-19, the Tash Sultana concert originally scheduled on September 9 2020 at Circolo Magnolia in Milan and then moved to September 3 2021 at the same venue has been rescheduled for March 27 2022 at Alcatraz in Milan. If you already bought tickets, these will be valid for the new date.


Tash Sultana, the artist who drew the audiences and media’s attention by selling out concerts all over the world, is performing for the first time with an entire live band on March 27 2022 at Alcatraz in Milan for one unmissable Italian show.

Tash writes, records, produces and plays all her songs from scratch on stage. Her voice is magical and she has a natural gift for melody and musical virtuosity. In fact, Tash plays over twenty instruments.

Tash Sultana made herself known by playing in the streets of Melbourne and making homemade videos that soon went viral and racked up millions of views.

With the EP Notion, Tash Sultana entered the Top 10 AIR Chart and the iTunes chart. Among Tash Sultana's first singles there is Jungle, which was recorded in her bedroom and went viral (over 32 million views.) “Jungle” also ranked third on the Triple J's Hottest 100 and was featured on FIFA 18.

On August 31, 2019, Tash Sultana released her debut album Flow State, from which the single Salvation was extracted.

You Can’t Buy Happiness, but you can buy tickets to see Tash Sultana!