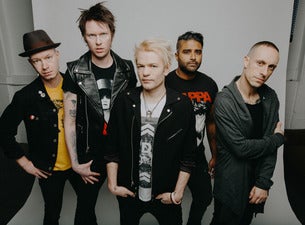 After a five-years hiatus, 13 Voices marked a real musical renaissance: Sum 41 reappeared on the music scene with their five-member line-up, returning to the unmistakable sound that made them one of the most famous punk rock bands in the world. War, Fake My Own Death and God Save Us All (Death to POP) were the official singles off 13 Voices.