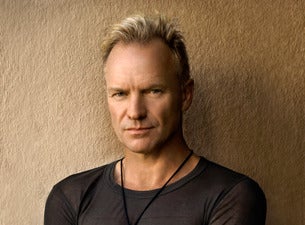 In compliance with the medical emergency set to prevent COVID-19 from spreading, The Sting concert originally scheduled on July 23 2020 at Parco della Cittadella in Parma and then moved to July 20 2021 at the same venue, has been rescheduled for July 19 2022 at Parco Ducale in Parma. If you already bought tickets, those will be valid for the new date at the new venue.


After the massive success of the fall sold-out dates of Sting: My Songs in Padua and Milan, Sting announces two unmissable Italian dates in 2022:


Sting, born Gordon Matthew Thomas Sumner, is a composer, singer, actor, author and activist from Newcastle. After moving to London in 1977, Sting founded his historic band, The Police, along with Stewart Copeland and Andy Summers.

Sting sold almost 100 million albums in total and took part in more than 15 movies. As a solo artist, Sting has been very successful: 11 Grammys, 2 Brits, 1 Golden Globe, 1 Emmy, 4 Oscar nominations (including for The Empty Chair in 2017), a TONY nomination, Billboard Magazine's Century Awards and MusiCares Person of the Year in 2004.

The album 44/876 in collaboration with Shaggy won a Grammy for Best Reggae Album at the 2019 Grammy Awards. Sting is also a member of the Songwriters Hall of Fame and in 2014 received the Kennedy Center Honors, one of the most prestigious awards in the United States, and the Polar Music Prize.

The musical The Last Ship, based on Sting's memories of the Wallsend community with music and lyrics by Sting, was nominated for a TONY Award. Known for his humanitarian commitment, Sting supports several aid organisations such as the Rainforest Fund, Amnesty International and Live Aid.

In the Italian concerts of 2021-2022, Sting will play hits such as Englishman in New York, Fields of Gold, Shape of My Heart, Every Breath You Take, Roxanne, Message in a bottle and as always he will be accompanied by his band.

Don't miss one of the legends of rock made in the UK!