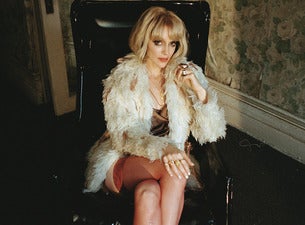 The concert of St. Vincent previously scheduled for June 10 2022 at Fabrique in Milan has been cancelled. For further information, please READ HERE


St. Vincent, stage name of Anne Erin Clark, was born in Tulsa, Oklahoma, where she approached music at the age of 12 by playing guitar. The artist began her career in music in 2003 when she joined The Polyphonic Spree and toured with the songwriter Sufjan Stevens.

In 2006 the songwriter began her career with the pseudonym of St. Vincent debuting with the album Marry Me featuring the songs Now,Now, Marry Me and All My Stars Aligned written during her college years.

St. Vincent achieved fame in 2014 with her homonymous album, winner of the Grammy Award for Best Alternative Album of 2015 thanks to songs such as Digital Witness, Birth in Reverse, Rattlesnake and Prince Johnny. St. Vincent was also elected album of the year by the British music magazine NME and the Italian magazine Il Mucchio Selvaggio.

St. Vincent’s latest work is the album Daddy’s Home, released in May 2021.