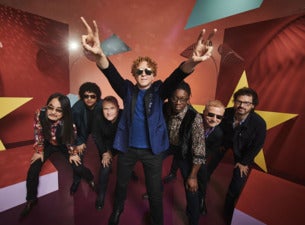 
Simply Red have announced their comeback world tour Blue Eyed Soul Tour 2022, which will stop by Italy on the following dates:


Among the most well-known British bands of the 80s, Simply Red have written some of the most memorable songs ever, Stars, Sunrise, Fake and Thinking Of You, just to name a few. Since their debut in 1985, Mick Hucknall has been Simply Red’s songwriter and frontman. The band is named after Mick Hucknall’s nickname Red, due to his hair color. In addition, Hucknall is a big supporter of Manchester United, whose home shirt color is red.

On highly anticipated 33-date UK, Ireland and European 2021 arena tour, Simply Red will play their new album Blue Eyed Soul, which came out on November 8 2019. They will not fail to perform their greatest hits such as Stars, Holding Back The Years, Fairground and Luney’s Too Tight To Mention.

Blue Eyed Soul, a funk and soul album, was recorded live with little overdubbing at British Grove Studios in London. All ten tracks, including the lead single Thinking Of You, were written by Mick Hucknall and produced by his long-time collaborator Andy Wright. On Blue Eyed Soul, Simply Red reference Wilson Pickett, Dyke and the Blazers, James Brown and Tower of Power.

Don’t miss your chance to have fun and groove to Simply Red!