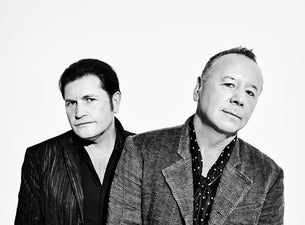 
Simple Minds, one of the key 80s new wave groups, have announced they are bringing their “40 Years Of Hits Tour 2020” to Italy. Here are the Simple Minds Tour Dates 2020 in Italy:

Formed in 1977, Simple Minds came to prominence in 1982 with their successful studio album “New Gold Dream”, considered the new wave music manifesto. The Glasgow-native group became more and more commercially successful thanks to the following albums “Sparkle In The Rain” (1984) and “Once Upon A Time” (1985.) “Don’t You (Forget About Me)”, featured on the soundtrack of the 80s teen cult movie “The Breakfast Club” by John Hughes, turned Simple Minds into a cult phenomenon.

On October, 31 2019, Simple Minds put out their greatest hits album “Forthy: The Best Of Simple Minds” to retrace and celebrate their 40-year career anniversary. On the compilation, there is also a cover song of King Creosote’s “For One Night Only” (2014.)

“Don’t You Forget” about Simple Minds!