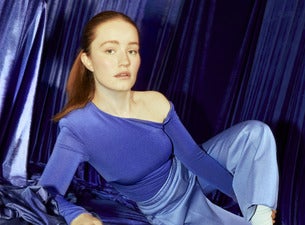 The show of Sigrid previously scheduled for June 1 2022 at Fabrique in Milan has been shifted to Santeria Toscana 31 in Milan. Date and time remain unchanged. If you have already bought the tickets, these will be valid for the new venue.


Sigrid, the star of the pop made in Norway, arrives in Italy for an unmissable show on June 1 2022 at Santeria Toscana 31 in Milan.

Sigrid Solbakk Raabe, known as Sigrid, was born in Alesund, Norway, where she approached music and singing at a young age. In 2013 Sigrid debuted with the song Sun with which she achieved fame in Norway, besides signing her first record deal.

In 2017 Sigrid put out the hit Don’t Kill My Vibe marking the beginning of her international career. During the same year the Norwegian artists released the songs Plot Twist e Strangers with more than 112 million streams on Spotify.

Sigrid’s biggest hits and some unreleased songs were included in Sucker Punch, the first album of the artist. The album, put out in March 2019 after winning the prestigious BBC Sound Award of 2018, was well received by the audience. Sucker Punch reached the top of the album chart in Norway and ranked fourth in the UK. The release of the album was followed by the Sucker Punch Tour where she performed in the main European cities and had the chance to be the opening act of important international artist, such as Maroon 5 and George Ezra.

In 2021 Sigrid has come back with the song Mirrors, which precedes her new album. Mirror was written by Caroline Allin (Dua Lipa, Julia Michaels) and produced by Sly (Dua Lipa, Jonas Brothers), the duo has collaborated with Sigrid to express the central theme of the song, which is the self-love after a relationship ends.

You can’t miss the only Italian date of the new pop star, buy immediately the official tickets!