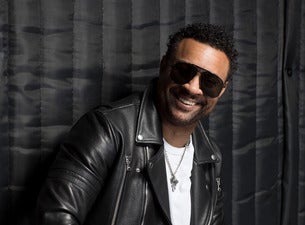 The show of Shaggy previously scheduled on July 1, 2021 at Serate ai Giardini di Castel Trauttmansdorff, Merano, has been rescheduled on July 14, 2022 at the same venue. If you have already bought the tickets, those will be valid for the new show.


After the great success of the 44/876 tour with Sting in 2018, Shaggy is returning to Italy as a soloist on July, 14 2022 at Serate ai Giardini di Castel Trauttmansdorff, Merano, for his only Italian concert scheduled for 2022.

Orville Richard Burrel, aka Shaggy, boasts a twenty-five year long career filled with important achievements and awards: 30 million records sold, 2 Grammys for the best Reggae Album (in 1996 with Boombastic and in 2019 with the joint album 44/876), 7 Grammy Award nominations and 3 American Music Awards nominations.

Among the most well-known artists from Jamaica, Shaggy has collaborated with Sting on the album 44/876 and the tour of the same name and has recently worked with the young and talent artist Alexander Stewart.

Shaggy's new single You preceded the new album Wah Gwaan ?!, the thirteenth of his career in which the artist experiments and gives a new and modern take on reggae music. Chiara Civello and Arianna Bergamaschi collaborated on Wah Gwaan ?!.