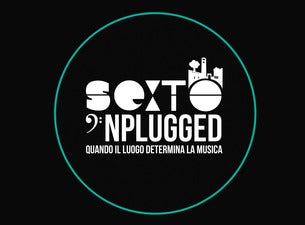 The indie rock artist par excellence Cat Power and the Brit Award nominated rock group Foals have been announced as the first headliners of Sexto ‘Nplugged on June, 18 and on June 24 in Sesto Al Reghena, respectively.

Intimacy and experimentation are the key words to describe Sexto 'Nplugged, a music festival that takes place every summer at Piazza Castello of Sesto al Reghena, in the Pordenone area, in one of the most beautiful Italian towns.

Founded in 2006 by the Associazione Culturale Sexto, Sexto 'Nplugged has stood out over the years for its high quality line-up and the organizers’ willingness to head in an alternative direction, yet in perfect harmony with the festival venue, a charming VIII-century abbey.

Every year for the Sexto 'Nplugged line-up three factors are taken into consideration: international artists, unique performances and one-off concerts. Many international artists have taken the stage of Sexto 'Nplugged including Air, Antony and the Johnsons, St. Vincent, The War on Drugs, Belle And Sebastian, Einstürzende Neubauten, Goldfrapp, Apparat, Mogwai, Interpol and Rhye.

Thousands of people have had the chance to get to know Sexto 'Nplugged, the tourist attraction of the area.

The headliners of Sexto 'Nplugged 2019 were Billy Corgan, Michael Kiwanuka and Ex: Re (Elena Tonra).