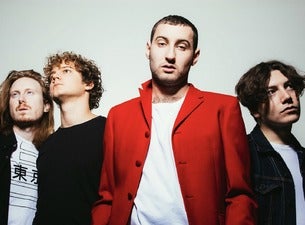 Sea Girls’ debut single is called “Call Me Out” and belongs to the EP “Sea Girls.” Sea Girls’ second EP “Heavenly War”, whose official singles were the title track, “Lost” and “What For”, was followed by “Adored” containing the namesake single, “Eat Me Whole” and “Too Much Fun.”

In May 2019, Sea Girls released “Damage Done”, which peaked at #1 on Radio 1 Hype Chart. Among the latest releases there are “Open Up Your Head”, “All I Want To Hear You Say”, “Closer” and “Violet.”

Are you in for “Too Much Fun”? Don't miss Sea Girls!