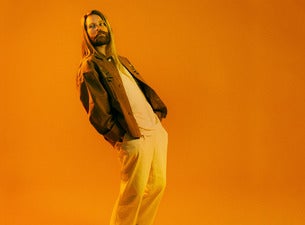 The show of Sam Ryder previously scheduled for April 24 2022 at Circolo Magnolia in Segrate (Milan) has been rescheduled. Further updates about the new show will follow. If you have already bought the tickets, these will be valid for the new show.


Sam Ryder debuted in the music world in 2009 as lead singer of the hard rock band The Morning After and then with the Blessed by a Broken Heart.

In 2020 the singer achieved fame thanks to the App TikTok where Sam started to upload covers of famous songs during lockdown to show his unique vocal talent. With his videos, the singer got the attention of artists such as Alicia Keys, Sia, Elton John and Justin Bieber.

Among the most famous cover played by Sam Ryder we can find Take Me to Church of Hozier, Set Fire to the Rain of Adele, Somebody To Love of Queen, Stay of Rihanna and Everything I Wanted of Billie Eilish.

Tiny Riot of 2021 was the first official song of Sam Ryder as a solo artist. The song was a huge success with more than 9 million streams on Spotify and 2 million views on YouTube.

You can’t miss the chance to listening live to the amazing voice of Sam Ryder, buy immediately the official tickets!