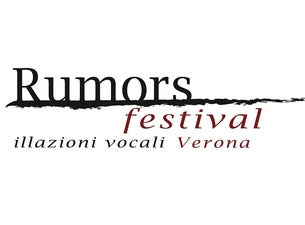 After the great success of the 2019 edition, Rumors Festival, the avantgarde music and cultural festival directed by the actress and singer Elisabetta Fadini, is returning in 2020 for an incredible ninth edition. The first headliners of Rumors Festival 2020 are the talented 19-year-old Tones And I and the Parisian artist Woodkid.

The Australian Tones And I is the Best New Artist thanks to the hit “Dance Monkey.” The song, contained in Tones And I's debut EP “The Kids Are Coming” released on August 30, 2019, has also charmed Italy by ranking first on the Fimi/Gfk chart for three consecutive weeks and on iTunes, as well as being the most played song on Italian radio stations.

The headliners of Rumors Festival 2019 were the British James Bay and Tom Walker, the Catanese singer Carmen Consoli and two of the leading Italian indie bands of Italian, Massimo Volume and Giardini di Mirò.