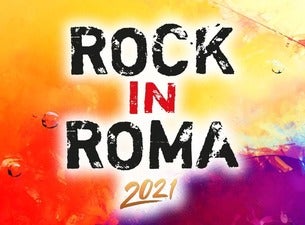 About Rock In Roma

Due to the current health emergency, the Vasco Rossi concerts originally scheduled in June 2020 and then moved to June 2021 have been rescheduled between May and June 2022 at the same venues, but will not belong to the festivals’ 2022 lineup. If you already bought tickets, those will be valid for the new corresponding dates in 2022. For further information, please READ HERE

Due to the current global situation caused by Covid-19, The Lumineers concert originally scheduled on July 5 2020 at Auditorium Parco della Musica in Rome and then moved to July 5 2021 at the same venue has been cancelled. For further information, please READ HERE

The Foals concert originally scheduled on June 23 2020 at Rock In Roma at Ippodromo delle Campanelle in Rome has been cancelled. For further information, please READ HERE


Rock In Roma is one of the major international festivals and one of leading ones in the Italian capital city. Throughout two months in the summer, Rock in Roma has become a reference point for rock and good music lovers.

Rock in Roma 2019 expanded its boundaries: in addition to the Capannelle Hippodrome with two main stages (red stage and black stage), the venues that welcomed the Rock In Roma 2019 headliners were the Roman Theatre of Ostia Antica, Auditorium Parco della Musica and Circo Massimo (overall, five stages in four locations.) James Blake, Thirty Seconds to Mars, Ben Harper & The Innocent Criminals and Nick Mason's Saucerful of Secrets were the headliners of Rock In Roma 2019.