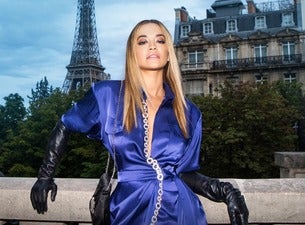 Rita Ora will perform an unmissable show live streaming from the Eiffel Tower in Paris on September 30.

The singer-songwriter with Albanian roots grew up in London where she approached music and singing at a young age. The artist debuted in the music world in 2008 with the song Where’s Your Love by Craig David. Thanks to the song Rita was noticed by the famous producer Jay-Z.

In 2012 Rita released her debut album Ora, certified platinum in the UK, which includes the songs How We Do (Party) and R.I.P. featuring Tinie Tempah. The album features the participation of famous producers such as will.i.am, Major Lazer and Diplo.

After a period dedicated to cinema and TV, Rita Ora came back to music in 2018 with the album Phoenix. The album includes the hits Girls featuring Cardi B, Bebe Rexha and Charlie XCX, Your Song and Let Me Love You with more than 450 million streams on Spotify.

Thanks to her hits and stage presence, Rita Ora is one of the most acclaimed British singers, besides holding the record for the most Top 10 singles for a British female artist in the UK.

You can’t miss the chance to assist to Rita Ora’s performance in live streaming, buy immediately the official tickets on Ticketmaster!