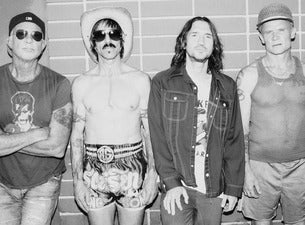 The Red Hot Chili Peppers concert originally scheduled on June 16 2020 at the Visarno Arena in Florence and then moved to June 16 2021 has been rescheduled for June 18 2022 at the same venue. For further information, please READ HERE


Red Hot Chili Peppers, one of the most iconic rock bands ever, are the singer and frontman Anthony Kiedis, the bassist Flea and the drummer Chad Smith. On December, 15 2019, Red Hot Chili Peppers announced via Instagram that the legendary guitarist John Frusciante rejoined the group following the departure of the guitar player Josh Klinghoffer.

Among Red Hot Chili Peppers’ most well-known albums there are “Stadium Arcadium”, “By The Way”, “Californication”, “One Hot Minute” and “Blood Sugar Sex Magik”, ranked by Rolling Stone one of the 20 best albums of the 90s.

The “Under The Bridge” band entered the Rock and Roll Hall Of Fame in April 2012.

On March, 15 2019, Red Hot Chili Peppers performed under the stars in the breathtaking scenery of the Pyramids of Giza in Egypt.