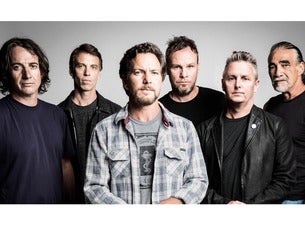 Due to the current health emergency, the Pearl Jam concert originally scheduled for July 5 2020 at Autodromo Internazionale Enzo e Dino Ferrari in Imola and then moved to June 26 2021 has been rescheduled for June 25 2022 at the same venue. If you already bought tickets, these will be valid for the new date.


After the extraordinary show at I-Days Milano and the sold-out concerts at San Siro Stadium, Stadio Euganeo and Stadio Olimpico in 2018, Pearl Jam have announced their long-awaited comeback to Italy on June 25 2022.

On October 22 2015, Pearl Jam celebrated their 25-year career anniversary on stage. The band beloved by fans and critics entered the Rock and Roll Hall of Fame in 2017.

During their 2022 European Tour, Pearl Jam will play shows all over Europe starting from June 2021.

On March 27 2020, Pearl Jam put out their 11th studio album, Gigaton. Produced by Josh Evans (Soundgarden, Chris Cornell, Mad Season, Jeff Ament and McCready), Gigaton is Pearl Jam’s first album in 7 years as Lightning Bolt dates back to 2013. The official singles off Gigaton are Dance of the Clairvoyants, Superblood Wolfmoon and Quick Escape.