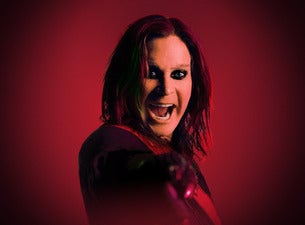 In compliance with the medical emergency set to prevent COVID-19 from spreading, the Ozzy Osbourne event scheduled on November 19, 2020 at the Unipol Arena in Casalecchio di Reno (Bologna) and then moved to February, 8 2022 has been rescheduled for May 12 2023 at the same venue. If you already bought, those will be valid for the new date.


Ozzy Osbourne, Black Sabbath’s frontman and founding member, has announced the rescheduled European dates of his NO MORE TOURS 2. Ozzy Osbourne is performing in Casalecchio di Reno (Bologna), on May, 13 2022 for one highly anticipated Italian date. No More Tours 2, named after his 1992 No More Tour, is Ozzy Osborne’s very last world tour.

Ozzy Osbourne, three-time Grammy-award winner, has entered the Rock & Roll Hall of Fame and has sold over 100 million copies worldwide. On No More Tour 2, the metal rock icon will celebrate his 50-year music career both as a band member and a solo artist. Black Sabbath’s farewell tour dates back to 2017.