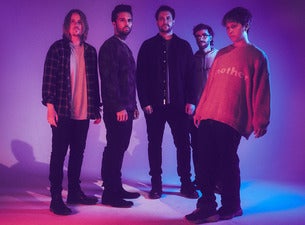 Nothing But Thieves Tickets

Nothing But Thieves, the English alternative rock band, are back in Italy for two unmissable shows:


The Nothing But Thieves are Conor Mason (vocals and guitar), Joe Langridge-Brown (guitar), Dominic Craik (guitar and keyboard), Philip Blake (bass) and James Price (drums). Conor, Joe and Dave were schoolmates and played in several bands in their hometown, Southend-on-Sea in Essex, before founding Nothing But Thieves in 2012. The three young men were later joined by Dom, who had taken guitar lessons since the age of six.

You can’t miss the only Italian show of Nothing But Thieves, buy immediately the official tickets!