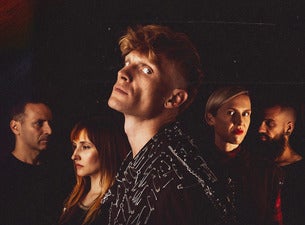 
The core of Mother Mother is the acoustic trio that formed in 2005 in Vancouver when the frontman Ryan Guldemond recruited his sister Molly and a college friend Debra-Jean Creelman to add harmonies to the songs he had penned, before the drummer Kenton Loewen and the bassist Jeremy Page joined the group.

After being named one of five British Columbia bands to watch out for in 2007, Mother Mother's debut album, independently recorded with Howard Redekopp (The New Pornographers, Tegan and Sara), began to receive praise and was later re-released with a new title Touch Up and two new songs. In the same year, the Vancouver alt rock band opened the concerts of K'naan and The Wailin 'Jennys and The Cat Empire.

O My Heart was followed by Eureka, which debuted at eighth on the Canadian Album Charts. Mother Mother’s third studio album, featuring the group's most successful single to date The Stand, turns 10 this year with a special vinyl reissue.

Got Love and Stay Behind are the most recent songs by Mother Mother, who are finishing their new album. Produced by their longtime collaborator Howard Redekopp, Inside has been influenced by the pandemic and their previous works.