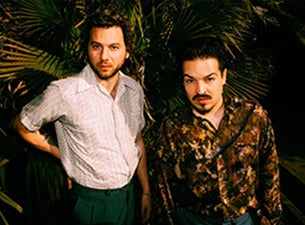 Milky Chance will arrive in Italy for an unmissable show on Octobre 9 2022 at Alacatraz in Milan.

Originally from Kassel in Hesse, Germany, Clemens Rehbein and Philipp Dausch, aka Milky Chance, met at school and took part in the jazz group Flown Tones.

Milky Chance rose to prominence with the album Sadnecessary and the debut single Stolen Dance, one of Shazam’s most popular songs ever.

In 2017, Milky Chance released the second album studio Blossom (tens of thousands streams and certified Golden and Platinum all over the world.)

Milky Chance put out their third studio album Mind The Moon on November 15 2019. Among the official singles there were Daydreaming featuring the Australian singer and multi-instrumentalist Tash Sultana, The Game, where reggae, chillout and rock are harmoniously blended, and Fado.

Millky Chance will arrive in Italy to present the new album Trip Tape released in 2021 featuring the songs Colorado, with more than 100 million streams in Spotify, and Synchronize.