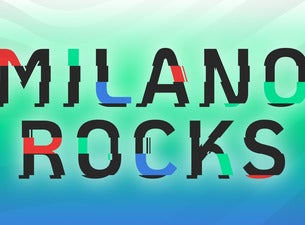 After the great success of its first edition, Milano Rocks, the festival that brought a breath of fresh air to the Italian summer, came back in August 2019.

Milano Rocks 2019 officially kicked off on August, 30 at MIND – Milano Innovation District (Ex Expo Area) with Florence + The Machine and the 1975.

Before Florence + The Machine, there were the 1975, defined by Q Magazine “the band of the decade.” The Manchester band led by Matty Healy released their third studio album, “A Brief Inquiry Into Online Relationships”, preceded by the singles “Give Yourself A Try”, “Love It If We Made It” and “TooTimeTooTimeTooTime.”

Twenty One Pilots and Billie Eilish were the headliners of Milano Rocks on August, 31. Twenty One Pilots, made of singer, keyboardist and bassist Tyler Joseph and drummer Josh Dun, came to prominence with the album “Blurryface” featuring the singles “Tear In My Heart”, “Ride” and the Grammy-winning tune “Stressed Out.” The Twenty One Pilots’ latest album, “Trench”, became the best-selling album of the band in its first release week.

Since her debut with “Ocean Eyes”, Billie Eilish has been working to get to the forefront on the pop stage. Billie Eilish’ debut album “When We Fall Asleep, Where Do We Go?”, released on March, 29, was preceded by the single “Bury A Friend”, written with her collaborator and brother, Finneas O'Connell.

International music giants such as Imagine Dragons, Franz Ferdinand, The National, Thirty Seconds to Mars and Mike Shinoda took the stage at Milano Rocks 2018. There, in September 2018, Imagine Dragons broke the record for the highest number of paying spectators in their whole career (over 60,000).