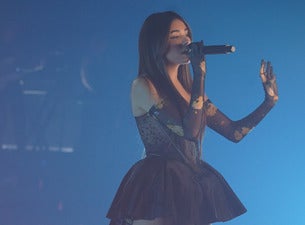 After the release of her new single Reckless, Madison Beer, the emerging artist of Life Support, will come back to Italy for two only dates:


Madison Beer is an American singer-songwriter, actress and model from New York.

She began posting covers on YouTube in 2012 and thanks to a tweet by Justin Bieber, who advised his fans to listen to her cover of Etta James' At Least, she became a teen star. After joining Bieber's Island Records label, Madison Beer released her debut single Melodies in 2013.

In 2013, she also recorded the theme song for the TV series Monster High titled We Are Monster High and released the song Valentine in collaboration with Cody Simpson. Over the next two years, Madison Beer released her second track Unbreakable and participated in the production of the single I Will Not Let You Walk Away by Dj Mako.

In 2020, she put out several singles: Good in Goodbye, Selfish, Stained Glass, Baby and Boyshit, all included on her first album Life Support released on February 26 2021. Selfish, in particular, was a hit on the TikTok app and was certified Gold by the RIAA.

In addition to her music career, the girl next door Madison Beer has also appeared in TV series such as Todrick and RuPaul's Drag Race, as well as the film Louder Than Words.

Don't miss the rising popstar in concert in Italy!