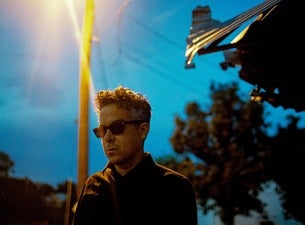 
M. Ward, stage name of Matthew Stephen Ward, is a musician, producer, and writer. The artist debuted in the music world in 2000 with the band Rodriguez, founded with Kyle Field of Little Wings. During the same year Ward began his solo career with the debut album Duet for Guitars #2 produced by Howe Gelb from Giant Sand.

Throughout his career M. Ward has released ten solo albums among we can recall the songs Caroline taken off End of Amnesia of 2001, Duet for Guitars #3 included in Transfiguration of Vincent of 2003, the famous Chinese Translation featured in Post-War of 2006, Rave On from Hold Time of 2009 and Migration of Soul included in Migration Stories of 2020.

M. Ward, besides his solo career, is also member of the super-group Monster of Folk with Jim James (My Morning Jacket), Conor Oberst and Mike Mogis (Bright Eyes) and started She & Him with the actress Zooey Deschanel.