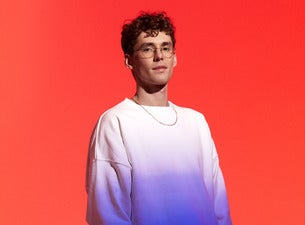 Felix De Laet, aka Lost Frequencies, conquered the world charts with the single “Are You With Me.”

In 2016, Lost Frequencies released his debut album “Less Is More” which featured the singles “Beautiful Life” and “What Is Love 2016” and was awarded “Album of the Year 2016” by IMPALA (The Independent Music Companies Association). In the same year, Felix De Laet was awarded two Echo Awards in the categories “Dance International” and “Hit of the Year.”

Lost Frequencies ranked #17 on DJ MAG's “TOP DJs 2018.” Felix De Laet has participated in the most important festivals all over the world, including Coachella, Tomorrowland, Lollapalooza and EDC Vegas.

Lost Frequencies has worked with James Blunt and put out official remixes for “Cold Water” by Major Lazer, Justin Bieber and MØ, “Malibu” by Miley Cyrus and “Thundercluds” by LSD (Labrinth, Diplo and Sia).