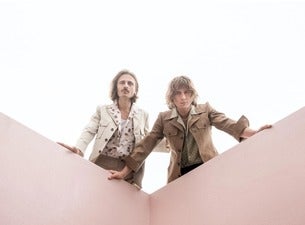 In compliance with the medical emergency set to prevent COVID-19 from spreading, the Lime Cordiale concert originally scheduled on November, 30 2020 at Legend Club in Milan and then moved to June, 7 2021 and to February, 14 2022 has been rescheduled for October 14 2022 at the same venue. If you already bought tickets, those will be valid for the new date.


Directly from the golden Australian shores, Lime Cordiale is playing for the first time ever in Italy on October 14 2022 at Legend Club in Milan.

The Australian group is a duo made of the brothers Oliver and Louis Leimbach that formed in the Northern Beaches area of Sydney in 2009.

Discovered by the Icehouse frontwoman, Lime Cordiale opened for Iva Davies' band on tour. Later, Lime Cordiale released the EPs Faceless Cat, Falling Up The Stairs and Road To Paradise.

In 2022 Lime Cordiale were back with the EP Cordi Elba in collaboration with Idris Elba. The EP includes the songs Apple Crumble and What’s Not To Like.