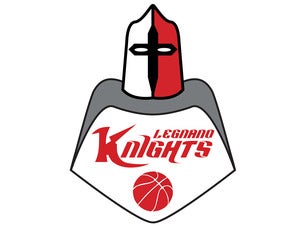 Legnano Basket Knights is a basketball team founded in 1966 that currently plays in the B series of national basketball league.

Legnano Basket Knights, played until the 2018/2019 season in the A2 series and this year's goal is to achieve great results and make the leap in category. A renewed society led by President Marco Tajana that aims to make its fans dream.

The home games venue of the red and white team is the PalaBorsani of Castellanza, while the name of the club refers to the symbol of the knight and to the famous battle of Legnano, a medieval clash in 1176 between the troops of the Lombard League and the imperial army of Federico Barbarossa.