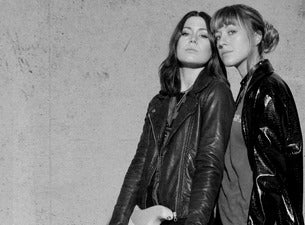 After performing a sold-out show at Islington Assembly Hall in London and at Black Deer Festival, the sister duo Larkin Poe is playing at Santeria Toscana 31 in Milan on May 16 2022.

While being rooted in the musical tradition of the South, Larkin Poe have given a powerful and modern interpretation of how rock music should sound like these days.

The Lovell sisters perfomed at Glastonbury Festival twice and were nominated for “Best Discovery Of Glastonbury” by The Observer in 2014.

Larkin Poe are set to land on Italy with their new album, Self Made Man, and their cover album Kindred Spirits containing the reinterpretations of some songs by Elton John and Neil Young among the others.

Honey Honey you can’t miss them!