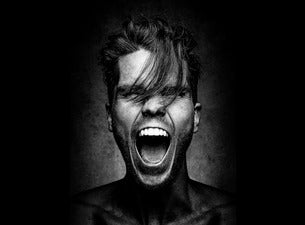 The shows of KALEO previously scheduled for January 15 2022 has been rescheduled for October 5 2022 at the same venue. If you have already bought the tickets, these will be valid for the new show.


KALEO are back in Italy for one unmissable show of their Fight or Flight Tour on October 5 2022 at Fabrique in Milan.

The band was founded in 2012 in Mosfellsbær, near Reykjavìk, and achieved success two years later with the release of their famous song All The Pretty Girls.

In 2016 the group released A/B, their debut album, containing the song Way Down We Go, certified double Platinum Record and nominated for Best Rock Performance at the Grammy Awards 2018. The song was also part of the soundtrack of the 2016 movie Collateral Beauty with Will Smith and Keira Knightley, and of several TV shows such as Grey’s Anatomy and Riverdale, reaching more than 1 billion streams.

After a world tour where they played on the most important stages in the world, such as Coachella and Loolapalooza, KALEO went back to the studio to record their new work.

In June 2020 the band released their new album Surface Soul preceded by the songs I Want More and Break My Baby.

You can’t miss the official tickets for KALEO’s only Italian show!