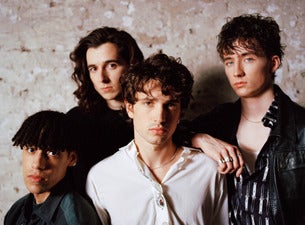 Inhaler are the singer and guitarist Elijah Hewson – son of U2's Bono Vox – the bassist Robert Keating, the guitarist Josh Jenkinson and the drummer Ryan McMahon.

The Dublin quartet originally formed in 2012 at St. Andrew's College in Blackrock, but consolidated in 2017 with the self-produced song I Want You. Inhaler's debut single was followed by the songs It won't always be like this, My Honest Face and Ice Cream Sundae in 2019.

The young Irish band that ranked fifth on BBC Sound of 2020 presented the song We Have to Move On ahead of the release of the EP Inhaler, containing the tracks It Won't Always Be Like This, Oklahoma (Late Night Version), My Honest Face and There No Other Place.

Cheer Up Baby is the first official single from the rock band’s debut album It Won't Always Be Like This, out on July 16 2021. Falling In is Inhaler’s new single, a song about the battle against one's ego and the pitfalls of success.

Don't miss out on the emerging band that want to rock to rage again!