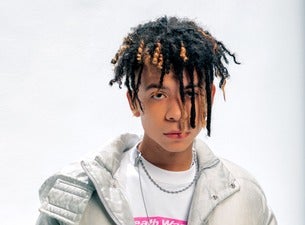 The shows of Iann Dior previously scheduled for February 4 2022 at Fabrique in Milan has been cancelled. For further information, please READ HERE


Iann Dior, stage name of Micheal Ian Olmo, was born in Puerto Rico in 1999 but he moved to Texas with his family where he grew up and began to write and produce music. In 2019 he was noticed by the producers da Nick Mira and Taz Taylor of the label Internet Money Records and gained popularity thanks to the song Emotions, released on SoundCloud, which become viral reaching more than 100.000 streams in a few days.

His popularity grew even more in 2019 with the song Gone Girl, certified golden record. During the same year Iann released the mixtape Nothings Ever Good Enough and his debut Industry Plant.

Iann Dior has collaborated with artists such as Machine Gun Kelly, Travis Barker and especially 24kGoldn for the hit Mood which stayed at the top the Billboard Top 100 for one month and has more than 1 billion streams on Spotify.

Iann’s last work, the EP Still Here, was released in 2021 and includes the two hits Don't Wanna Believe and Shots in the Dark (featuring Trippie Redd) with more than 30 million streams.