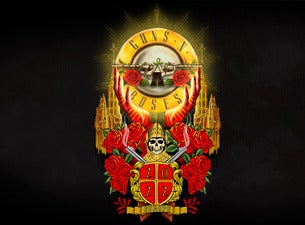 Guns N’ Roses, the hard rock group of Welcome To The Jungle, have announced their only Italian date on July 10 2022 at Stadio San Siro in Milan.

In the last decade, Guns N’ Roses have sold-out several gigs and performed at the most important festivals in the world, especially following the release of Chinese Democracy in 2008. Since 2016, the band led by Axel Rose has toured all over the world with Not in This Lifetime Tour, the third highest grossing tour ever.

Buy the official tickets for the Nightrain, never to return of Guns N’ Roses at Stadio San Siro in Milan!


In compliance with the medical emergency set to prevent COVID-19 from spreading, the Firenze Rocks festival events scheduled from June, 10 to June, 13 2020 at Visarno Arena in Florence have been cancelled. For further information, please READ HERE