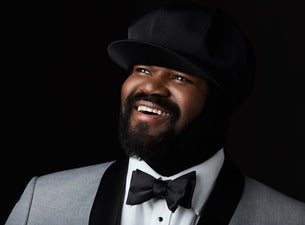 5 Events
Loaded 7 out of 7 events
Back to Top

In compliance with the medical emergency set to prevent COVID-19 from spreading, the Gregory Porter concert scheduled on November 4 2020 at Gran Teatro Geox in Padua has been rescheduled for November 27 2021 at the same venue. If you already bought tickets, those will be valid for the new date.

Gregory Porter, called 'a fantastic young singer' by Wynton Marsalis, is one of greatest jazz artists in the wolrd that has become popular in the US and Europe thanks to the 1960 singles What? and Illusion.

The jazz and blues singer grew up looking up to Nat King Cole, Joe Williams and Donny Hathaway. While inspired by these great artists, Porter is endowed with a flexible and versatile voice able to go from being suave to decisive, from warm and intense to powerful.

Gregory Porter received two Grammy Award nominations for Best Jazz Vocal for his debut album Water (2010) and for Best Traditional R&B Performance for his second album Be Good (2012). Water is filled with the American soul singer’s blues and gospel influences, while Be Good is a more mature record featuring twelve songs mostly written by Porter. In Be Good, there are also more classic songs such as Become Work Song, God Bless the Child and Imitation of Life.

Liquid Spirits and Take Me To The Alley by Gregory Porter won the Grammy Award for Best Jazz Vocal Album in 2014 and 2017.