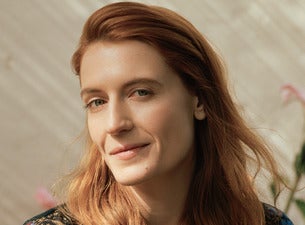 After playing two sold-out shows in Bologna (Unipol Arena) and in Turin (Palalpitour) last March, Florence + The Machine came back to Italy as headliner of Milano Rocks on August, 30.

Endowed with a sophisticated and powerful voice, Florence Welch is one the most talented and influential British artists in the world. Florence Welsh was discovered by Queens of Noize’s Mairead Nash, who overheard her covering “Something's Got a Hold On Me” by Etta James in a London club toilet.

Florence and The Machine’s debut album “Lungs” came out in 2009 and the British media welcomed it as one of the best 2019 albums.

“Cerimonials”, released on October, 28 2011, is ‘an enriched and updated version of “Lungs”.’ “Cerimonials” contains the hit singles “Shake It Out” and “Spectrum”.

“Haunted House” and “Moderation” are the latest Florence + The Machine’s tracks: the former is an inspirational hymn, while the former shows a more intimate side of the frontwoman.