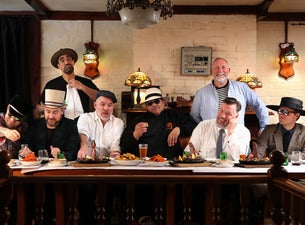 The Fat Freddy’s Drop concert originally scheduled on May 18 2020 at Palaestragon in Bologna and then moved to July 13 2021 at Bo.tanique in Bologna has been rescheduled for July 13 2022 at Bo.tanique in Bologna. If you already bought tickets for Milan or Bologna, those will be valid for the new Bologna date. If you already bought tickets, those will not be valid for the new dates. For further information, please READ HERE


The Wellington-based group founded in the 90s started off as a jam band. Fat Freddy's Drop have gone from jamming and playing riffs to becoming a closely-knit group. Fat Freddy's Drop released five studio albums. In November 2019, the group put out Special Edition Part 1, the first part of their latest double album.

Since their debut, Fat Freddy’s Drop have performed in the U.K., where they played many sold-out shows, in Germany, France, Spain and Italy. For its European Album Release Tour, the band is working on a brand-new production design and live performances.