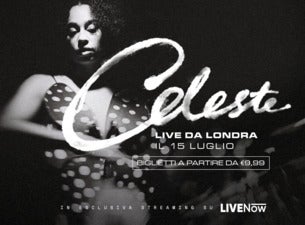 The Ideal Woman Celeste, the British rising star, broadcasted her streaming concert from the iconic Union Chapel in London on July 15 at 9 p.m.

Celeste, the stage name of Celeste Epiphany Waite, was born in Culver City in the state of California in 1994 but she moved to England after the divorce of her parents.

At the age of 16, she started writing and recording songs and shared them on YouTube, attracting the audience’s attention with Sirens, the emotional song about the death of her father.

In 2017, Celeste released her first EP The Milk & The Honey and opened for Michael Kiwanuka on tour, performing at the most important European festivals such as Primavera Sound, Glastonbury and Rock en Seine.

After signing a record deal with Polydor Records in 2019, Celeste put out her latest EP Lately, with the hit Stop This Flame, and her first album Not Your Muse (2021), which reached the top of the bestselling album chart in thr UK.