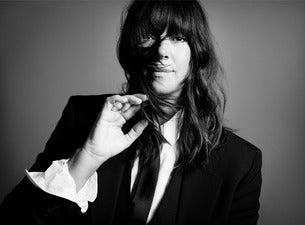 Due to the Covid-19 emergency, the Cat Power concert originally scheduled on June 18 2020 at Sexto ‘Nplugged Festival at Piazza Castello in Sesto Al Reghena and then moved to June 20 2021 has been rescheduled for June 21 2022 at the same venue. If you already bought tickets, these will be valid for the new date. For further information, please READ HERE


Three years after her last show in Italy, the divine songwriter Cat Power is performing at Sexto ‘Npugged in Sesto Al Reghena on June 21 2022 for one exclusive Italian date.

Hailed as one of the most significant and appreciated artists of her generation, Cat Power is the stage name of Charlyn Chan Marshall. Cat Power was previously her first band name before focusing on her solo career.

Sun is Cat Power’s most personal album to date according to the critics. On this record, the leading American indie rock artist bluntly talks about her anger and empathy, denounces society’s expectations in order to protect the individual’s identity.

On her tenth studio album Wanderer many musician friends of Power’s are featured, including Lana Del Rey on the single Woman.

Wanderer perfectly captures Cat Power’s soul. On Wanderer, Power proudly admits she belongs to the tradition of the folk and blues singers, as she has roamed around the world throughout her career.

Don’t miss the top-notch of the American indie rock music!