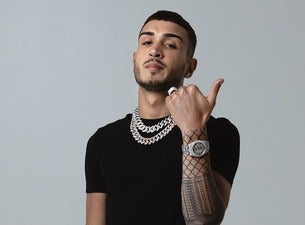 Capo Plaza will bring his new album Plaza on tour all over Italy for 5 unmissable dates of Plaza – Il Tour nel 2022:


Capo Plaza, the stage name of Luca D’Orso, is one of the most important Italian trappers. He debuted in 2013 with the song Sto Giù on YouTube which drew the attention of the trap scene, especially that of Sfera Ebbasta who proposed a collaboration to Capo Plaza.

In 2017, Luca signed a record deal with Ghali’s Sto Records and released some singles, such as Allenamento #2, which led Capo Plaza to fame.

In 2018, Capo Plaza released 20, his first official record, which sold more than 100,000 copies reaching the double FIMI’s Golden Record. He also got two three-time FIMI’s Platinum Records for the hits Forte e Chiaro, Come me, Vabbene, Giù da me, Uno squillo e 20. The album release was followed by his first tour in the main European cities that ended with a sold-out concert at Alcatraz in Milan. Capo Plaza’s 20 was also in the top 10 of the bestselling records of 2018.

On January 22 2021 Plaza, the trapper’s last record, was released and was preceded by the hit Allenamento #4. The record includes several collaborations with Italian artists, such as Sfera Ebbbasta, and international artists for example Gunna, Lil Tjay and the German rapper Luciano.