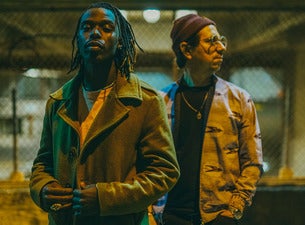 Due to the current global situation caused by Covid-19, the Black Pumas concert originally scheduled on July 24 2020 at Circolo Magnolia in Milan and then moved to July 23 2021 at the same venue has been cancelled. For further information, please READ HERE


Black Pumas is the duo made of singer Eric Burton and Grammy Award-winning guitarist and producer Adrian Quesada.

Black Pumas formed in 2017 in Austin, Texas, as Adrian Quesada was looking for a singer for some instrumental pieces he had recorded. Since their first day in the studio when they recorded Black Moon Rising and Fire, Black Pumas have evolved rapidly. The duo performed at C Boys in Austin and at South by Southwest Festival, drawing more and more fans.

On June 21 2019, Black Pumas released their debut album Colors, which was preceded by the title track.