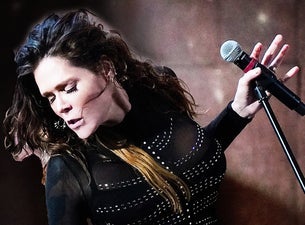 Following her debut in 1993 on the TV talent show Star Search, Beth Hart released the album Beth Hart and the Ocean of Souls, containing the cover of The Beatles’ song Lucy In The Sky With Diamonds.

Beth Hart rose to prominence in 1999 thanks to the single LA Song, which was featured on the soundtrack of the cult tv series Beverly Hills 90210. The song then entered the Top 5 Chart of the Adult Contemporary Chart and the Top 10 of the Billboard’s Adult Top 40 Chart.

Beth Hart has worked with the likes of Guns N’ Roses’ Slash on Mother Maria and Joe Bonamassa on the album Seesaw, which got nominated for Best Blues Album at Grammy Awards in 2013.

In September 2019 the artist released the album War In My Mind, produced by Rob Cavallo, who already worked with Alanis Morisette, Linkin Park, Paramore and Green Day, and she performed it live at Festival del Vittoriale Tener-a-mente.

Beth Hart released the album A Tribute To Led Zeppelin, composed of 12 covers of songs by the English band, on 25 February 2022.

The latest release by Beth Hart is the song Babe I’m Gonna Leave You, which came out on 2 June 2022.

Well, Well, you’d better not miss one of the greatest voices of the international classic rock and blues scene!