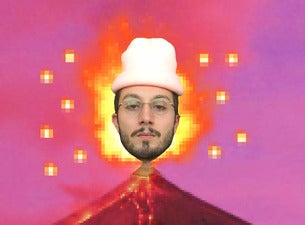 Due to the ongoing epidemiological situation caused by Covid-19, the bbno$ concert originally scheduled on April 22 2020 at Santeria Toscana 31 in Milan and then moved to November 9 2020 and to May 13 2021 has been rescheduled for February 28 2022 at the same venue. If you already bought tickets, these will be valid for the new date.


After the sold-out concerts in North America and China, BBNO$, the author of the summer 2019 hit Lalala, is debuting live in Italy for the first time on February 28 2022 at Santeria Toscana 31 in Milan for one exciting Italian live show.

Originally from Vancouver, Alex Gumuchian, aka bbno$, founded a band that impressed the Vancouver music and fashion scene during university. After the group break-up, BBNO$'s solo tour in China sold out in 2017.

bbno$’ latest album I don't care at all, which was released on November 9 2019, was produced by Lalala co-author Y2K.

Don't miss one of today’s most innovative hip hop artists!