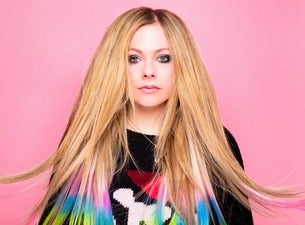 The show of Avril Lavigne previously scheduled on March 12 2021 at Lorenzini District in Milan been and moved to March 6 2022 at Mediolanum Forum in Assago (Milan) has been rescheduled for April 24 2023 at the same venue. If you have already bought the tickets, these will be valid for the new date.

The show of Avril Lavigne previously scheduled on March 14 2021 at Arena Spettacoli Padova Fiere in Padua and moved to March 4 2022 has been rescheduled for April 23 2023 at Kioene Arena in Padua. If you have already bought the tickets, these will be valid for the new date.


Avril Lavigne, the famous Canadian pop star, will be back in Italy for two unmissable shows:


Avril Lavigne achieved world-wide fame with the hit Complicated included in her debut album Let Go of 2002 and featured in the Billboard Chart of the Hot 100 songs of the decade. Thanks to Complicated the artist has become a teen idol for all the teenagers of the world.

Among the most important songs of Avril Lavigne, we can find Sk8e Boy and I’m With You included in her debut album Let Go of 2002, My Happy Ending and Don’t Tell Me taken off Under My Skin of 2004, Keep Holding On included in the soundtrack of Eragon of 2006 and Girlfriend featured in The Best Damn Thing of 2007.

Head Above Water is the latest work of Avril Lavigne, came out on February, 15 2019. The official singles off Head Above Water are the title track, which focuses on Avril Lavigne’s battle against Lyme disease, Tell Me It's Over, Dumb Blonde featuring the rapper Nicki Minaj and I Fell in Love with the Devil.