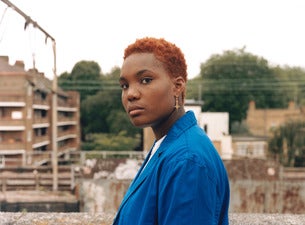 Due to the Covid-19 health emergency, the Arlo Parks’ concert scheduled on April, 18 2021 at Circolo Magnolia in Milan has been rescheduled for November, 27 2021 at the same venue. If you already bought tickets, these will be valid for the new date. For further information, please READ HERE


After the sold-out tour in the UK and Europe, the London singer-songwriter Arlo Parks arrived for the first time in Italy on November 27 2021 at Circolo Magnolia in Milan for the only Italian date of the “Collapsed In Sunbeams Tour” 2021.

The song “Black Dog” was BBC Radio 1's song of the week, while the single “Hurts” was premiered by Annie Mac on her radio show “Hottest Record In The World.”

The new single “Green Eyes”, featuring guitar and backing vocals by the musician Clairo, precedes the release of Arlo Parks' new album, came out on January, 29 2021.

Don't miss one of today’s most revolutionary artists!